In June 2021, the office building Bałtyk’s facade will transform into a space of an artistic intervention of Katarzyna Kozyra. Spread on over 600 sqm of the facade we will be able to see the artist portrayed as a fairy-tale figure of a woman who is “bound” by symbolic cultural norms that refer to gender. She initiates a discussion on what it means to be a woman in today’s world. The central point of the project is a film, Summertale, which in the present reality has gained a new context. It is also a part of the first solo exhibition of the artist who is already known in Poznań.

Summertale concludes Kozyra’s long-standing cycle, In Art Dreams Come True, the film was also a way to say goodbye to its main characters – Gloria Viagra, a drag queen from Berlin, and Maestro, an opera teacher. On Kozyra’s summons both appeared in her works in 2003 and taught her about “femininity”. However, in almost every project in this cycle – in films, performances, video installations – the artist challenges the common belief about the “obvious” gender dichotomy and introduces a multi-level distinction that interferes with a possibility to carry out a simple classification of people on the grounds of their secondary or tertiary gender characteristics.

After years of having played with various cultural cliches, conventions, styles, artistic forms and formats Kozyra makes a gory thriller, Summertale, whose style resembles a colourful fairy-tale, in which the artist herself portrays an innocent orphan that becomes an object of fascination for a group of midget women. The midget women – the creators and hostesses of the ideal, in their minds, world of norms and prohibitions try to drag the main character into it and make her adjust to its reality refusing at the same time to make space for Maestro and Gloria only because they do not comply with the criteria of normality that apply in the midget women’s world.

The artist’s motto in the In Art Dreams Come True project has gained a new meaning over the years. In the face of a campaign against non-heteronormative people that has been launched in Poland, the “fairy-tale” plot that was created several years ago has lost its fictional character and gained relevance.

“The world created by the midget women and their convictions can no longer be treated as a figment of the artist’s imagination, as in Poland the number of attacks directed at the LGBTQ+ community are constantly growing. The aversion to this minority, fuelled by the government, has a serious impact on the views of most of society. What used to be a fairy-tale story about an intolerant world created by the midget women has now become a tale of real intolerance for every otherness, including non-binary people. This way Katarzyna Kozyra’s film has become a central point of an important social discourse whose finale is still unknown” – says the curator, Anda Rottenberg.

Summertale, created in 2008, will be a starting point of Katarzyna Kozyra’s new visual art project in Poznań. The project will also include a series of copyrighted posters, which tell the fairytale created especially for the exhibition, and a large-format print of the above-mentioned film that will be hung on the office building Bałtyk’s façade – an imprisoned Katarzyna Kozyra portraying a fairytale figure of a woman. According to the artist it is a woman with a gag in her mouth that represents an ideal of femininity that is desired by a large part of society.

These new pieces, created especially for this exhibition and displayed to the audience for the first time, will serve as the artist’s contemporary comment to her work.

“Artistic work in itself is beyond time. The way it is perceived however is strongly rooted in time and place. 10 years ago, the theme of Katarzyna Kozyra’s work was treated as a provocation, today it is seen as a taboo” – says Asia Tsisar, a co-curator of the exhibition. 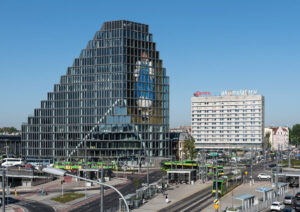 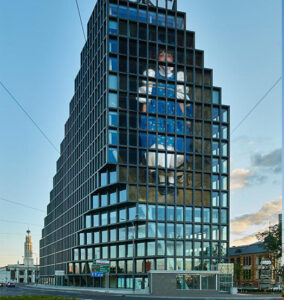 The exhibition is organised by The VOX Artis Foundation, The Katarzyna Kozyra Foundation and Concordia Design in Poznań.